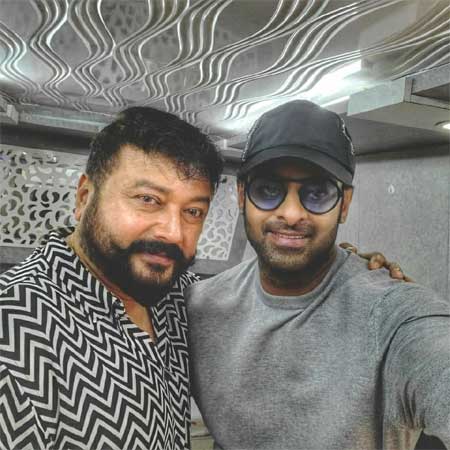 Popular Malayalam actor Jayaram, who was last seen in Ala Vaikuntapuramulo, is all set to play a key role in Prabhas’ upcoming film, Radhe Shyam. The actor joined the sets of the film in Hyderabad and within no time, he’s quite impressed with Prabhas’ worth ethic.

Referring to Prabhas, Jayaram said, “[It has been] Amazing to witness his persistence, commitment, and honesty with his craft.” The actor even went on to say that Radhe Shyam is a heartwarming story. It remains to be seen what role he’s going to play in the film which also stars Pooja Hegde in a lead role. Interestingly, Jayaram and Pooja Hegde had worked together in Ala Vaikuntapuramulo.

Directed by S Radha Krishna, Radhe Shyam’s shoot has been affected several times due to the pandemic and strict guidelines to shoot the film with a limited crew. Despite all this, the buzz surrounding the film and its story has been extremely positive and the whole team is quite excited about how it is shaping up.