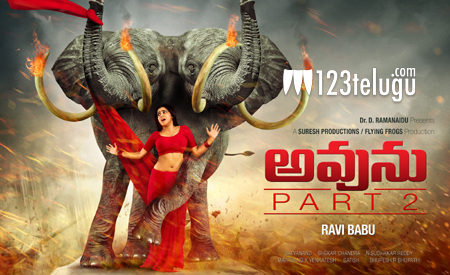 Ravi Babu’s long delayed horror film, Avunu 2 is gearing up for a massive release this Friday. The film has completed its censor formalities and is surrounded by positive talk all over.

Reports also reveal that this much awaited horror thriller is said to be one step higher to its prequel in terms of thrills. Ravi Babu is always known for his uncanny thrillers and Avunu 2 is yet another step towards this genre.

Harshavardhan Rane and Poorna play lead roles in the film which also has Sanjana and Nikita in special roles. ‘Avunu 2’ is being presented by popular producer Suresh Babu.