Positive word of mouth is a must for this Friday release movie
Published on Feb 20, 2020 3:04 pm IST 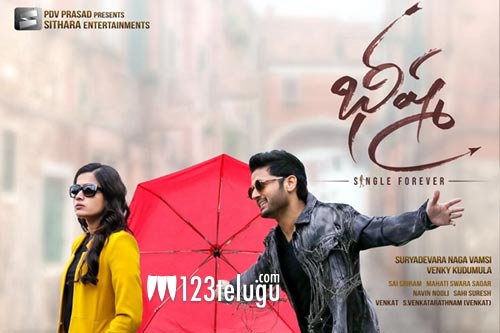 Bheeshma is a film that needs to click at any cost for Nithin as he is making a comeback after one and a half years in Telugu cinema.

So, he has pinned all the hopes of this film and is promoting it in a big way. He wants the film to take a good start so that the following days during the weekend will be good.

The pre-release business of the film has been locked for 23 crores and for the film to make this kind of money, the word of mouth and reviews should be super strong.

Venky Kudumula directs this film which has Rashmika as the female lead. Sagar Mahati scores the music.