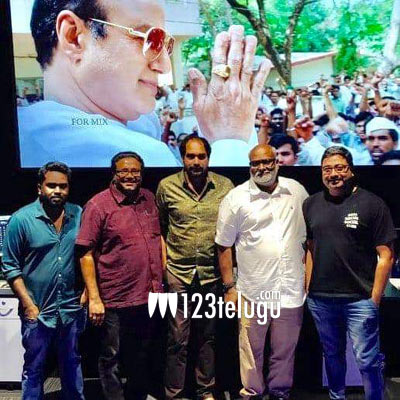 Krish and his team have been working day and night to wrap up the last minute post-production formalities of NTR biopic.

Now, with the last leg of work completed by musician Keeravani, the film is now truly done in all aspects. Now, only the censor of the film needs to be done and with that, the film will be ready for a massive release this 9th of January.

Balakrishna is playing the role of NTR and this itself is the main selling point of the movie. Vidya Balan plays the female lead in this film which is also co-produced by Vishnu Induri.