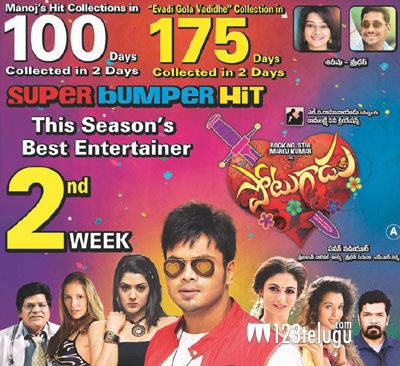 Potugadu which was released last week was very well received from all corners thanks to its short run time and full length entertainment coupled with beautiful music. Even the reviews have been very positive for the film.

This movie was directed by Pawan Wadeyar who was also the director of the original version of the film in Kannada. Simran Kaur, Sakshi, Rachel and Anu priya debuted as heroines with this movie and music was done by Achu which was very well appreciated.