Powerful announcement of Pawan-Harish Shankar film to be out tomorrow
Published on Sep 8, 2021 6:00 pm IST 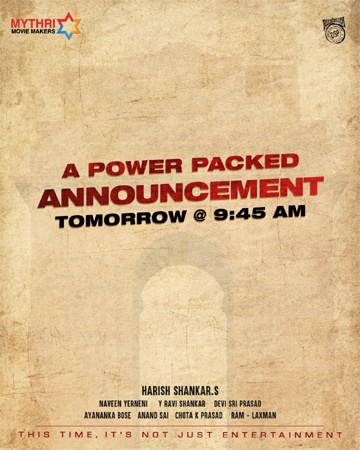 It is a known fact that Pawan Kalyan is doing a film in the direction of Harish Shankar. The director met Pawan a few days back and discussed the shooting schedules.

The news now is that a powerful announcement about the film will be made tomorrow morning at 9.45 am. This news has made the fans so happy as they are waiting to see whether the title or shoot details will be revealed.

Mythri Movie Makers will be producing this film and they have paid Pawan Kalyan some big bucks as his fee. As of now, Pawan is busy shooting for his new film Bheemla Nayak.