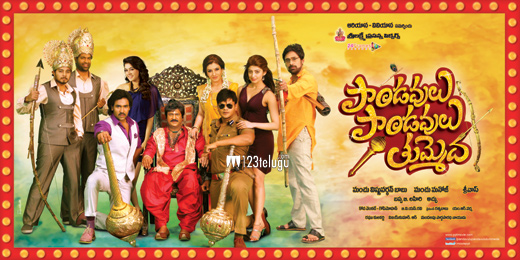 The Manchu multi-starrer ‘Pandavulu Pandavulu Thummedha’ has received a good response at the Box Office.The movie is doing well in overseas territories and it has racked up a revenue of US$ 1, 70 , 000 as per a press release given out by the team.

Comedy and entertainment are the biggest contributors for a film’s success these days and PPT has both of these elements in ample amounts. Dr. Manchu Mohan Babu, Vishnu and Manoj have played the lead roles in this movie and Srivas has handled the direction.

Raveena Tandon, Hansika and Praneetha are the heroines in the film. The Manchu family has produced the film on its home banner.