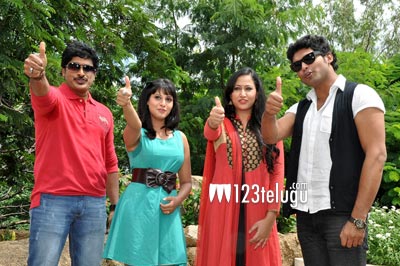 Ajmal, who had acted in films like Raccha and Rangam, will soon be seen in a political drama titled Prabhanjanam. Bhaskar Rao has directed and produced this film. The entire shooting of the film has been wrapped up and it’s gearing up for release soon.

The film’s audio is going to be launched later today in Shilpakala Vedika. R P Patnaik has scored the music and Sirivennela Seetaramasastry has written the lyrics. The film revolves around the lives of four students who end up joining politics and begin a revolution. “Pay back to society” is the caption of the film. Interestingly, Ajmal’s earlier film, Rangam, also dealt with a similar concept and it remains to be seen how different Prabhanjanam is going to be. Aarushi is the lead actress.

Apart from this film, Ajmal will also be seen in Vamsi’s Thanu monne vellipoyindi. Nikitha Narayan is the lead actress in this film and it’s the 25th film in Vamsi’s career.