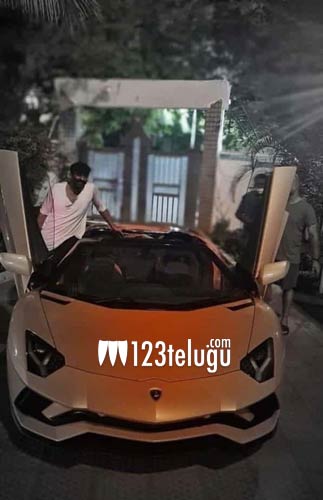 This picture of Prabhas standing beside his new addition to his fleet, Lamborghini Aventador S Roadster LP740_4, is currently the hot favourite among his fans on social media. This stylish and sleek Arancio Atlas shaded version is India’s second model which now has Prabhas behind its wheel.

The Lamborghini was delivered to Prabhas earlier today and the actor went on his first drive along with his friends and family members. Incidentally, today marks the birth anniversary of Prabhas’ father Uppalapati Surya Narayana Raju and this makes this new purchase even more special.