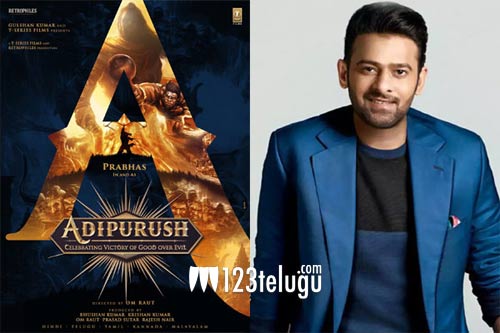 It is a known fact that Prabhas done a film called Adipurush in the direction of Om Raut. The film is all set to release in 2023 as per the update.

Now the news is that the film will release in 3D and work related to that is going on as of now. As the film has been mostly shot on a green mat, so much time is being taken for the post-production.

Adipurush is based on one of the most loved epics in Indian mythology, Ramayana. The film boasts a huge budget of Rs. 350-400 crore and is bankrolled by Bhushan Kumar, Krishan Kumar, Om Raut, Prasad Sutar, and Rajesh Nair under T- Series.