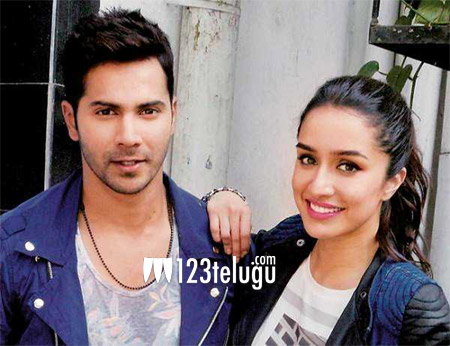 Shraddha Kapoor is on a roll in Bollywood these days. The actress, who will be seen soon in Prabhas’ Saaho, has been roped in to play one of the lead roles in Varun Dhawan’s upcoming dance-based film, Street Dancer. Remo D’Souza is going to direct the film.

In the past, Katrina Kaif was supposed to play the lead role in this film; however, she had to opt out of the film owing to clash of dates with Salman Khan’s Bharat. Now, the makers have roped in Shraddha Kapoor, who had played the lead role in ABCD2 alongside Varun Dhawan. Incidentally, Nora Fatehi, who appeared in a special song alongside Prabhas in Baahubali, will also be playing a key role in Street Dancer.

Apart from Street Dancer and Saaho, Shraddha also has the biopic of Saina Nehwal, and Nitesh Tiwari’s Chhichhore lined up for release this year.