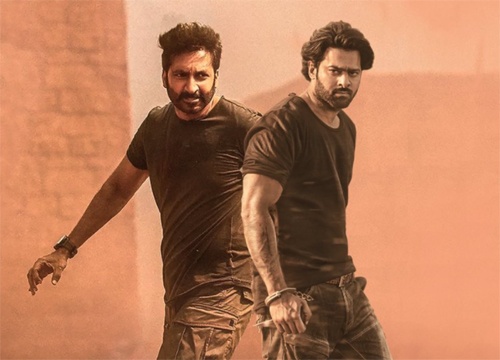 Amid challenging conditions, the team of Gopichand and Tamannaah’s Seetimaarr released the film in theaters yesterday. The film managed to enthrall mass movie lovers and ran to packed houses on Vinayaka Chaturthi festive day and ended up collecting a cool Rs 3 crore share in the twin Telugu states.

And Gopichand’s good friend and star hero Prabhas took to Instagram to congratulate him on Seetimaarr’s success with a hilarious post. Prabhas posted a whistle picture and wrote, “My friend Gopichand scored a blockbuster with Seetimaarr. Very happy for him. Kudos to the movie team for coming forward to release the first big film post the Covid second wave, despite the prevailing circumstances.”

Directed by Sampath Nandi, Seetimaarr is produced by Srinivasa Chitturi and had its music composed by Manisharma.