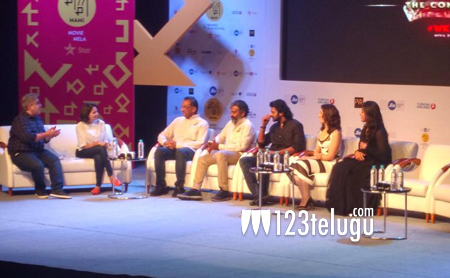 The first look of Baahubali 2 has been launched finally and the poster featured the mighty Prabhas as Mahendra Baahubali. After getting a standing ovation, the entire crew spoke at length about the film.

One of the most interesting speeches was from Prabhas himself. Upon being asked how did it feel to miss out on many film films during this past few years, Prabhas gutsily said ” One Baahubali is equal to 100 films of mine ”

This statement of his got a huge applause from all over. Prabhas has been working nos stop from the last four years now and his dedication and hard work is garnering huge dividends.