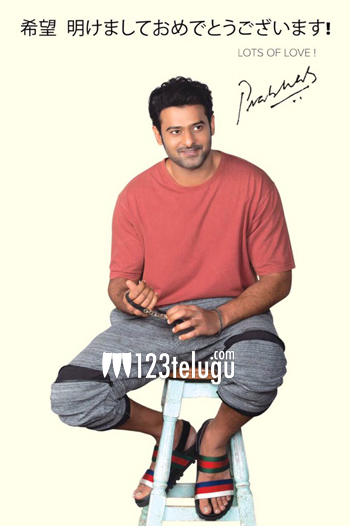 The Baahubali franchise had given abundant love from unexpected quarters to its star cast. In Japan, especially, Prabhas became a newfound favorite for his ardent fans. Recently, a Japanese female fan of Prabhas had collected letters and other fan art from all the Japanese fans and sent them to Prabhas through a person close to the actor in Hyderabad.

Touched by the female fan’s efforts and the unlimited love showered by all his Japanese fans, Prabhas surprised them by sending them return gifts on the New Year’s Eve by sending hundreds of New Year cards to his female fan. The cards had Prabhas’ latest photoshoot images, with “I hope you have a Happy New Year!,” written in Japanese. The said female fan has posted a few images and videos of the souvenirs sent by Prabhas and they are going viral on social media. She will now distribute the cards to all Prabhas fans in Japan.