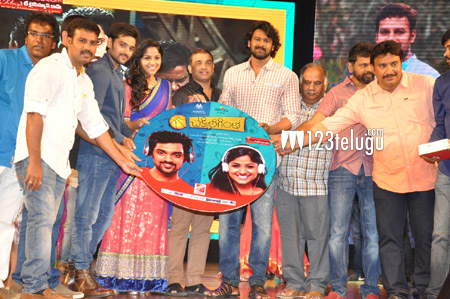 Young actor Sumanth Ashwin, who has got a good break with Lovers and Anthaka Mundu Aa Tarvatha is coming back with ‘Chakkiligintha’. The film’s first look was released recently and it has received good response. According to the latest update, the audio of the film was released by Prabhas at a grand event in Hyderabad. Dil Raju, Sukumar, Maruthi and BVSS Prasad were also present at this event.

The movie is directed by sukumar’s friend Vema Reddy. Mickey J Meyer is providing the music for this movie. Thagubothu Ramesh, chaitanya krishna and Sapthagiri play important roles in this film.