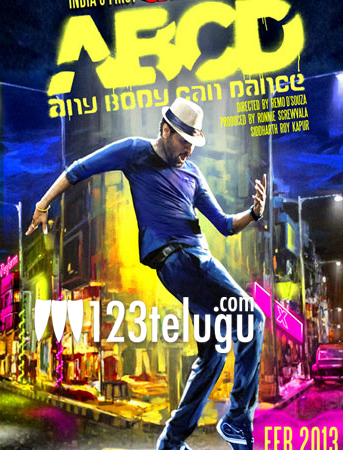 Prabhu Deva’s upcoming film ABCD – Any Body Can Dance is going to be dubbed in Telugu. The film is touted as India’s first 3D film and it also stars Ganesh Acharya and Kay Kay Menon in lead roles. Remo D’Souza has directed the film and Siddharth Roy Kapur and Ronnie Screwala have produced it under UTV Motion Pictures banner. Although Prabhu Deva has acted in quite a few films before, very few of them were based on the concept of dance. He even shot for a remix of superhit track Muqabla Muqabla from the film Premikudu as a part of the film’s promotional campaign. The film’s audio is going to release next week and Sachin & Jigar have scored the music. The film will be released in Hindi, Tamil and Telugu on February 8.