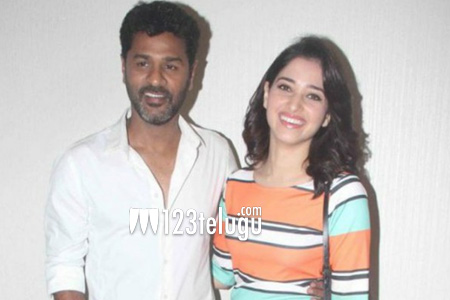 Prabhudeva and Tamannaah have once again teamed up post their trilingual film Devi which released back in 2016. Their new film is the sequel to Devi and it will once again be directed by AL Vijay, who had helmed the original version.

The film’s shoot began recently in Mauritius, and Prabhudeva, Tamannaah, and Kovai Sarala have already joined the crew. It remains to be seen what new angle AL Vijay is going to explore in this film.

More details about the cast and crew are awaited.