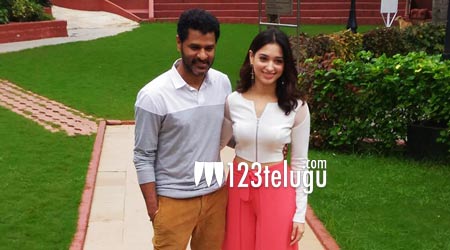 Prabhudeva and Tamannaah are teaming up the second time after Abhinetri. The duo will soon be seen in the Hindi version of Chakri Tholeti’s direction, whereas Nayanthara is doing Tamannaah’s role in the Tamil version.

The Hindi version of the film has been titled as ‘Khamoshi’ and it’s said to be the first ever Indian film to be shot in 8K resolution. This means that at such a high resolution, the image quality will be much superior than anything that has been made so far.

The film is being made under Pooja Entertainment banner. More details are awaited.