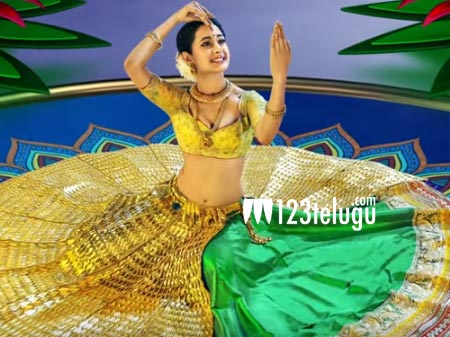 Though Pragya Jaiswal impressed everyone in Kanche, she took a lot of time to approve her next film. She will be seen in a key role in K Raghavendra Rao’s Om Namo Venkatesaya. The first look of Pragya from her film was released all over with some good response.

Pragya looks beautiful in a traditional look but what caught the attention of many was the expensive lehenga she was wearing. Reports suggest that the outfit which she was wearing weighed 14 kilos and was gold coated.

Anushka Shetty also plays yet another role in this film which has Nagarjuna as the main lead.