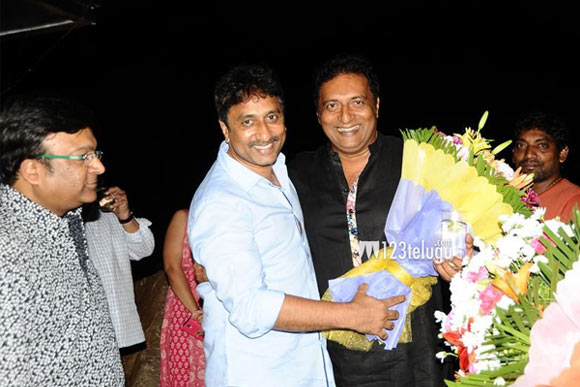 After an envious friendship that lasted several years, actor Prakash Raj and director Sreenu Vaitla bid goodbye to each other after a major fallout during the first schedule of Mahesh Babu’s ‘Aagadu’. The actor and director even organised separate press meets and lashed out at each other. However, the friends turned foes buried their differences and joined hands during Prakash Raj’s birthday celebrations recently.

The actor-director combo teamed up for successful films like ‘Andarivaadu’ and ‘Dookudu’. Incidentally, Sreenu Vaitla also resumed his ties with star writer Kona Venkat after their highly discussed brawl. Kona Venkat is now scripting for the director’s upcoming film with Ram Charan Tej. Will Prakash Raj too join the party? Let’s wait
and see.