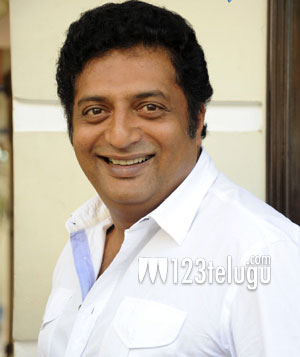 Versatile star Prakash Raj was almost banned from Tollywood a few weeks ago, by a very angry Directors Association. The matter was leaked to the media and a number of directors reportedly expressed their displeasure over Prakash Raj’s behaviour.

But now, all plans to ban Prakash Raj have been dropped. There will be no more action against him and he will be free to work as usual. The matter was settled by senior producers in the Industry and they have pacified the Directors union.

The issue started when a complaint was filed on Prakash Raj by an assistant director of Mahesh Babu’s ‘Aagadu’.