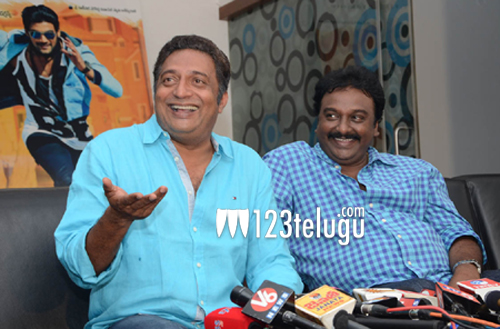 With only a week now left for the film’s release, the team of Alludu Sreenu are busy promoting their flick rigorously. Speaking to the press today, noted actor Prakash Raj said that he plays a double role in the film, and scenes featuring him and Samantha have come out extremely well. Director V V Vinayak also added that Brahmanandam’s role would be a major highlight for this family entertainer.

Already, the audio of the film has become a huge hit and has created quite a buzz. Bellamkonda Suresh is producing this mass entertainer, which is slated to hit the screen on July 24. Samantha is paired opposite Srinivas and Devi Sri Prasad composes music.