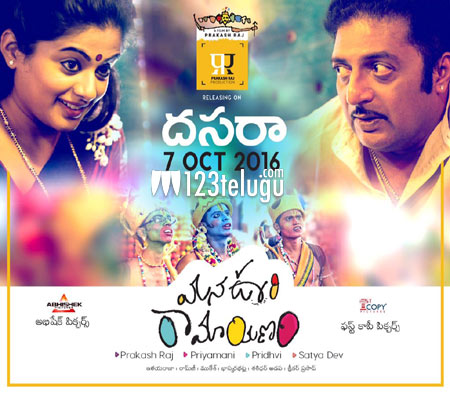 A couple of days after the release of his latest directorial venture, Mana Oori Ramayanam, Prakash Raj, who was concerned about the film’s underwhelming collections, appealed to the Telugu and Kannada audiences to watch and support a good movie like Mana Oori Ramayanam.

Looks like Prakash Raj’s appeal has helped the film since then. There has been a steady rise in the film’s collections and the actor-director is quite happy with the overwhelmingly positive word of mouth that is spreading on social media.

Mana Oori Ramayanam is a social drama and it also stars Priya Mani and Satyadev in prominent roles.