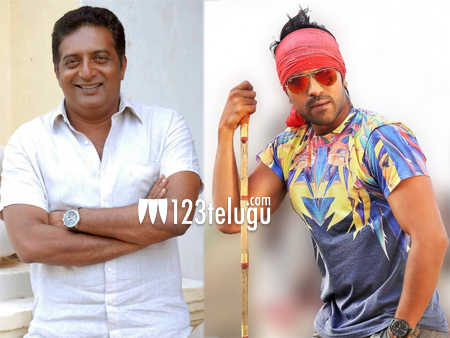 The principal shooting of Ram Charan’s Govindudu Andari Vaadele is going on a brisk space currently. It is a know fact that Prakash Raj will be seen as Ram Charan’s grandfather in this flick

But latest reports suggest that Prakash Raj’s role will turn out be one of the highlights of the film. He will be seen in a powerful role which will be crucial to the film.

Directed by Krishna Vamsi, GAV has Kajal Agarwal as the female lead, and Yuvan Shankar Raja is the music composer. Star producer Bandla Ganesh is producing this flick on Parameswara Arts banner.