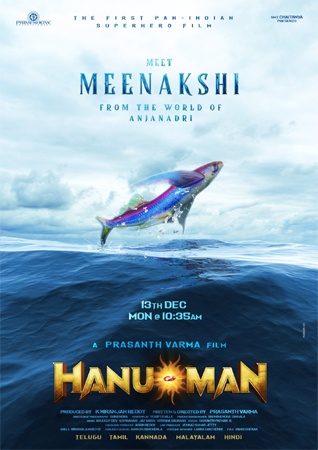 Back in May, young and talented director, Prasanth Varma, announced a new film titled, Hanu-Man, the first original superhero movie in Telugu.

Today, the filmmaker has released a new poster, which is about Meenakshi, the heartbeat of Hanumanthu.

The interesting part is, Makkal Selvan, Vijay Sethupathi is going to reveal more details about Meenakshi tomorrow at 10:35 AM

Teja Sajja, who earlier did Zombie Reddy with the director, collaborated again for this pan-India project, which will release in Telugu, Hindi, Tamil, Malayalam and Kannada.