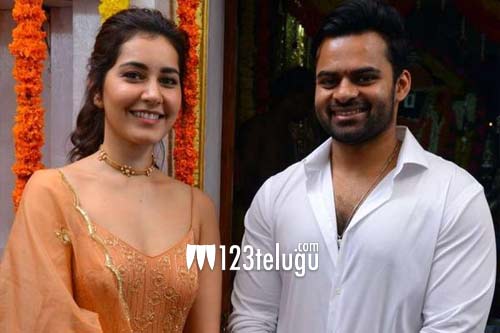 After being in news for several months, Sai Dharam Tej and Maruthi’s family entertainer, Prathiroju Pandage, kick-started its shoot in Hyderabad in the last week of June. After the canning of a few crucial scenes, the film’s first schedule was wrapped up last week.

Pratiroju Pandage’s second schedule will begin today. Veteran character artiste Sathyaraj will also join the shoot along with Sai, Raashi Khanna and other supporting cast. While this is the first time that Sai is teaming up with Maruthi, he is romancing Raashi for the second time, after Supreme.

Prathiroju Pandage is being produced under GA2 and UV Creations banners. Thaman will be scoring the soundtrack.