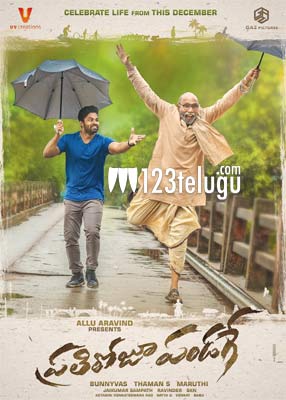 Pratiroju Pandage is one film that has been in the news for various reasons. Maruthi directs it and Sai Tej plays the lead.

The news now is that the film has wrapped up its shoot except for one song which will be shot very soon.

The post-production is on in full swing and very soon the other songs from the film will be out. Satyaraj and Raashi Khanna play key roles in this film.