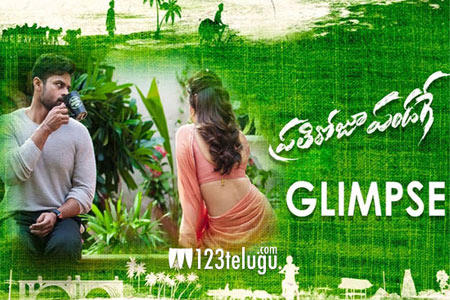 Sai Dharam Tej is ready with his new film Pratiroju Pandage which is being directed by star director Maruthi.

As it is Sai Tej’s birthday today, the first glimpse of the film was released and it looks really colorful. The breezy visuals and the emotion of happiness and joy have been carried on a good note in the video.

Maruthi is coming up with something different with this film and looks like family emotions are going to take center stage.

The presence of stalwarts like Satyaraj, Rao Ramesh give a good edge to the film. Tej looks content in his role and Raashi Khanna is paired opposite him.

The wait is now for the first look teaser of the film. Pratiroju Pandage releases on Dec 20th