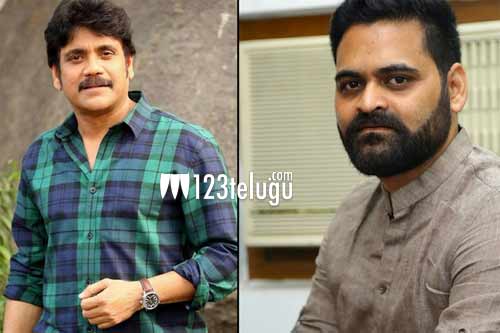 Nagarjuna, who was last seen as an NIA officer in Wild Dog, has another exciting action film in the pipeline. The actor is collaborating with filmmaker Praveen Sattaru, and he is said to be playing an ex-RAW agent who returns to India after a long time. Kajal Aggarwal is also playing as a RAW agent in this film, which is being shot in Hyderabad, Goa among other places.

In a recent interview, Praveen Sattaru revealed that Nagarjuna is so excited about playing the role that he is going all out to surprise the audiences with his stunt sequences. “There are a lot of action sequences in the film and Nagarjuna garu is taking online classes in Krav Maga, a martial arts form, from a top martial arts expert based in Bangkok, and also receiving training in wielding the Katana, the Samurai sword,” the director said.

Apparently, Nagarjuna will be seen as an ex-RAW agent, who returns from his retirement for the sake of his family whom he hasn’t met in almost 20 years, and Praveen Sattaru states that it will have a strong blend of action, drama, and thrilling moments. Gul Panag is also playing a crucial role in the film, alongside Anikha Surendran. The next schedule of the film is expected to begin soon in Hyderabad.