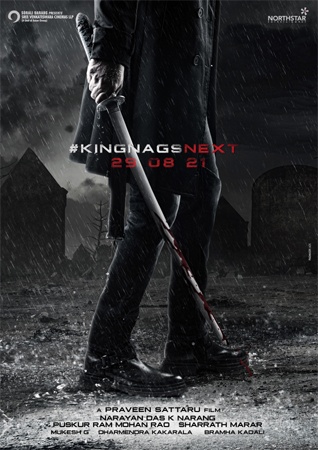 The monochrome pre-look poster showcases a man, appears to be Nagarjuna, carrying a blood-soaked sword, as he stands in he rain. The overall design evokes a haunting feel. Nag will be seen in an action-packed role in this Praveen Sattaru directorial. Bollywood actress Gul Panag and young Malayalam beauty Anikha Surendran will be playing key roles in the film.