Pre-look of Vijay Deverakonda’s next is intriguing
Published on Feb 9, 2018 1:17 pm IST 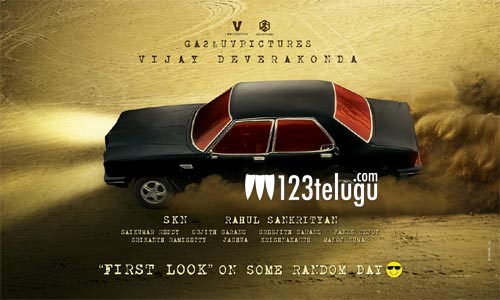 After the blockbuster romantic drama, Arjun Reddy, young hero Vijay Deverakonda’s next release will be a super natural comic thriller. Directed by newcomer Rahul Sankrityan, the film has Malavika Nair and Priyanka Jawalkar as the female leads. Leading production houses GA2 and UV Creations are presenting the movie, while SKN is bankrolling it.

This morning, the makers of this as-yet-untitled movie unveiled the pre-look poster. The poster showcases a car, giving a hint that the car is going to be one of the main characters in the film. The makers also announced that the film’s first look will be out on a ‘random day’. The movie will be hitting the screens in summer. Stay tuned for more updates.