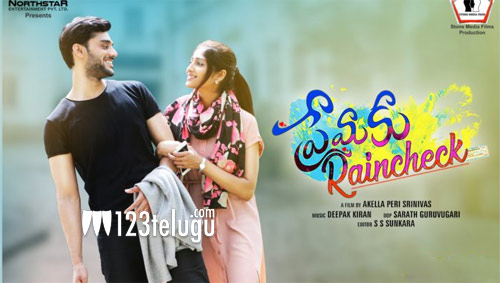 We had reported already that Sharrat Marar, the producer who had bankrolled Pawan Kalyan’s Sardaar Gabbar Singh and Katamarayudu, is presenting a small film, a romantic entertainer titled Premaku Rain Check. The film’s trailer was unveiled yesterday and it impressed everyone with its grand visuals and rich production values.

The latest update is that Premaku Rain Check is slated to hit the screens on August 23. Premaku Rain Check stars debutants Abhilash, Priya and Mounika as the main leads. Newcomer Akella Peri Srinivas has directed and produced the film under his banner Stone Media Films.