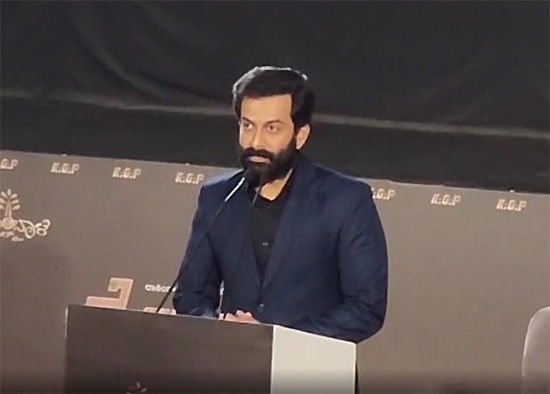 Finally, the much-awaited trailer of KGF: Chapter 2 has been released today in a grand event held in Bengaluru, Hosted by Karan Johar, the event has many celebrities and the media as the attendees.

During the event, Malayalam star hero Prithviraj Sukumaran, who is releasing the movie Malayalam, has heaped praise on SS Rajamouli and Prashanth Neel for taking South Indian cinema to the next level in terms of making movies.

The magnum opus has Srinidhi Shetty, Raveena Tandon, Sanjay Dutt, Rao Ramesh and Prakash Raj in crucial roles. KGF 2 will be out in cinemas on April 13, 2022, in multiple languages.