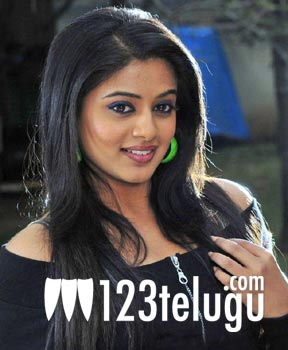 Priyamani has signed a bilingual horror film titled Charulatha. The film is being simultaneously shot in Kannada and Tamil and it’ll also be dubbed in Telugu and Malayalam. Pon Kumaran, former assistant of K Bhagyaraj and K S Ravikumar, is directing the film. The shooting has already begun and buzz is that Priyamani is going to play a dual role. Charulatha is the official remake of a Thai horror film named Alone which was a huge hit. Malayalam actor Skanda is playing the lead role in this film, although most part of the film revolves around Priyamani. Apart from this, she’s also doing a big budget Kannada film titled Lakshmi.