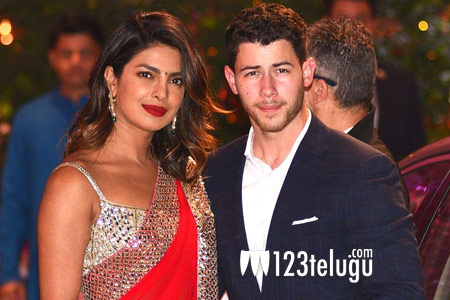 Bollywood star heroine Priyanka Chopra and her boyfriend Nick Jonas are engaged. Nick, American singer and song writer, reportedly popped the question during Priyanka’s 36th birthday in London last week. Souces close to Priyanka and Nick reveal that the couple is “very happy” being together.

Priyanka and Nick first made headlines with their appearance at the 2017 Met Gala awards. They were later spotted on dinner dates and Nick’s family events. The couple has been in love since May this year. Their age difference (Priyanka is 36, while Nick is 25-years-old) has been much-talked-about by the international media.

Nick accompanied Priyanka during her recent trip to Mumbai. Nick met Priyanka’s mother and cousin and actress Parineeti Chopra and even went for a Goan holiday with them. Priyanka had met Nick’s family members during the singer’s cousin’s wedding in New Jersey. Spokespersons of both the stars are yet to announce the couple’s wedding date.