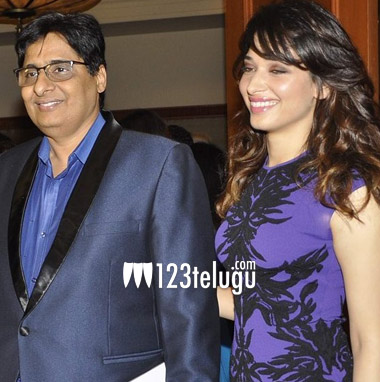 We all know that Tamanna is busy doing films in Hindi, Telugu, and Tamil simultaneously. One of her Hindi films is titled Khamoshi which is also being made in Tamil.

Left with no choice, he has ordered director Chakri Toleti to shoot the entire Hindi version yet again. Tamanna plays a mute in this film and is she is visibly stunned by her producer’s decision as reshoot involves a lot of shuffling in her dates.