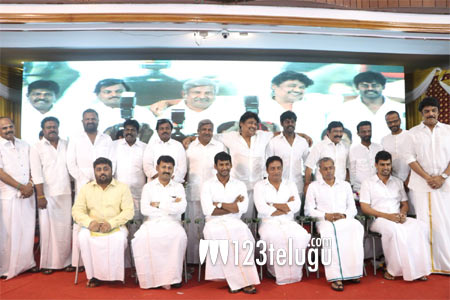 Over the past couple of months, thousands of distraught farmers from Tamil Nadu have been protesting relentlessly against the state and centre’s apathy in resolving their woes.

Recently, actor Vishal and Prakash Raj protested in New Delhi and met a few union ministers and appealed to them to intervene in the issue. Now, the Vishal-led Tamil Film Producer’s Council has taken a touching decision that’s winning everyone’s appreciation.

All the members of the Producer’s Council vowed to donate 1 rupee from each ticket that’s cut at the box-office. The proceedings will go to the farmer’s welfare fund that supports the ailing farmers in clearing their loans and debts.