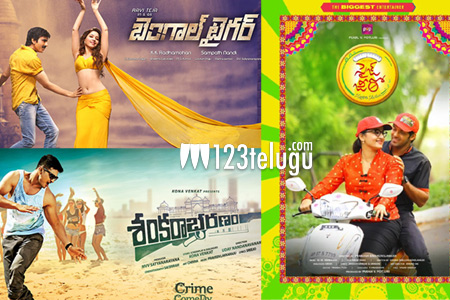 It is a known fact that Anushka has worked super hard for her look in Size Zero. The romantic entertainer is set for a release this month along with Ravi Teja’s Bengal Tiger and Kona Venkat’s Shankarabharanam.

Latest update reveals that the producers of all these three films met up and sorted out the release dates of their respective films so that each film can have a smooth run at the box office.

Inside reports reveals that its was Bengal Tiger’s producer, Radha Mohan who came ahead and made plans for a smooth release of Anushka’s Size Zero and Shankara Bharanam.

After all these discussions, Shankarabharanam will now release on December 4th where as Size Zero will be out on November 27th and Bengal Tiger has been pushed ahead to December 10th.