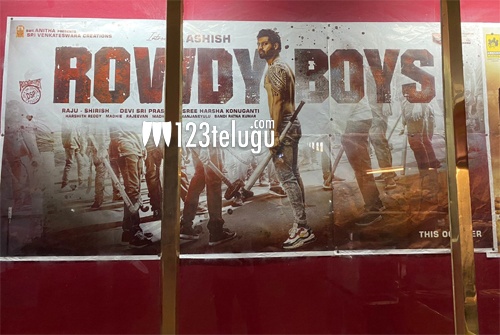 Dil Raju is one of the top producers in the industry. His brother Sirish also helps Dil Raju in the production and he is in the news as his son, Ashish Reddy is all set to make his debut.

Ashish is ready with his new film Rowdy Boys. The first look of the film will be out today and the young hero will be officially revealed to the media in Hyderabad’s Westin Hotel through a press meet.

Meanwhile, the makers have made all kinds of promotions for Ashish as his posters have been put up all over the city. Ashish is seen in a stylish Avatar in the poster. The film has Anupama Parameshwaran as the heroine and DSP scores music.