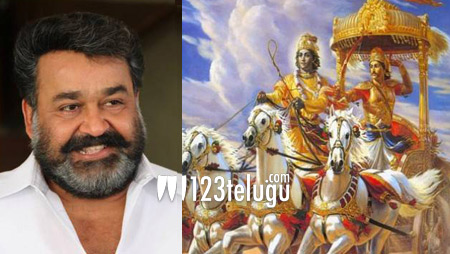 Not even a month passed by since the announcement of India’s most expensive film to be ever made, the Mohanlal-starrer Rs.1,000 crore Mahabharata, and already, the film is drawing the ire of several fringe right wingers in Kerala.

Several members of a Kerala-based pro-Hindu group Kerala Hindu Aikya Vedi have been protesting against the film’s title, opposing the film’s release unless its title is changed.

“Although we are happy that a big budget film is coming from Kerala named Mahabharatham, we strongly feel a film which is close to the story of real Mahabharatham written by Vyasan should only carry its name. No other movie can be named Mahabharatham. If the movie is based on Randamoozham, let the name of the film also be named same. Veda Vyasan also has his rights,” Kerala Hindu Aikya Vedi’s President KP Sasikala said.

Mahabharata stars Mohanlal as Bheema. The film is going to be directed by Shrikumar Menon, and It will go on the floors in 2018 and release in 2020.