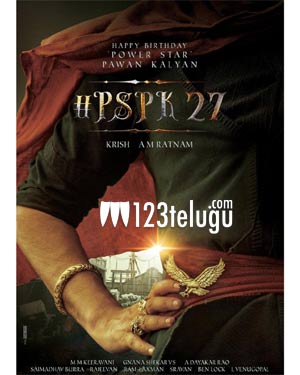 It is a known fact that Pawan Kalyan is doing a film in the direction of Krish. The star hero has joined the shoot and is filming on a busy note as of now.

The latest update is that the first look and title of the film will be revealed on the 11th of March on the occasion of Maha Shivaratri. The film is a period drama and Pawan Kalyan is playing a crazy role set in the Nizam era.

There is a talk going on that the makers have decided to name the film Hara Hara Veeramallu. Niddhi Agerwal is the heroine for this film which Krish himself is producing. Watch this space for more updates on this project.