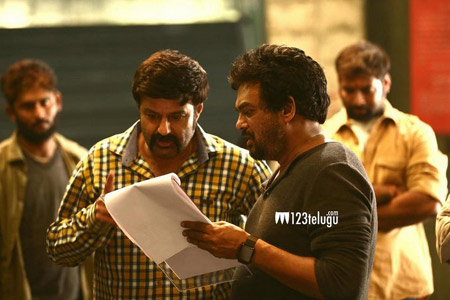 Now that the shooting of Paisa Vasool is nearing its end, the post-production works of the film have also started simultaneously. The latest news now is that Puri is busy giving finishing touches to the teaser of the film.

There is an enormous excitement as to how Puri has showcased Balayya in this film. As both Balayya and Puri are known for some hard-hitting dialogues, sources say that the teaser will have some mass elements to the core.

Balakrishna has also sung for a number in this film which has Shreya in a lead role. Anup Rubens scores music and the film is up for a release this 29th of September.