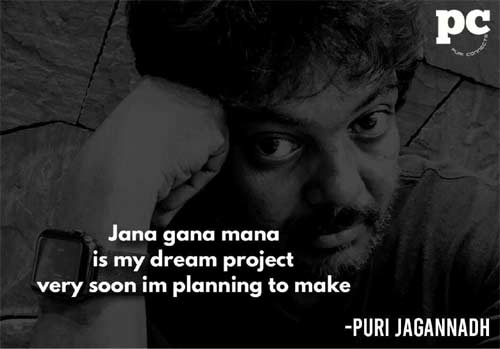 Jana Gana Mana is director Puri Jagan’s dream project and he has been trying to make it from the last five years. He approached many stars like Mahesh and NTR but things did not materialize.

Now, in an interview, Puri has clearly revealed that Jana Gana Mana is his dream project and he will make it for sure. The interesting aspect is that Puri wants to make it on a Pan-India level with a high budget and big cast.

Post Ismart Shankar, Puri wants to make films on a Pan-India basis and his next film Fighter is also being made in the same way. We need to see whom will Puri cast in this film whenever he makes it.