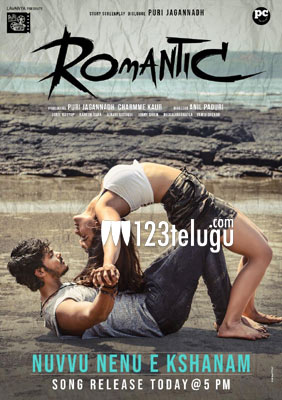 Puri Jagannadh has been trying hard to establish his son Akash Puri’s career. After launching him with Mehbooba a couple of years ago, Puri is relaunching Akash with the upcoming romantic entertainer, Romantic. Apart from producing, Puri has also penned the story, screenplay and dialogues for the film.

Now, Puri has turned lyricist with Romantic. The film’s makers will be launching the song penned by Puri today. Titled Nuvvu Nenu Ekshanam, the song will be out at 5 pm this evening. Delhi Instagram star Ketika Sharma is the leading lady in Romantic and debutant Anil Paduri is directing the movie. Charmme is co-producing the film and Sunil Kashyap is composing the music.