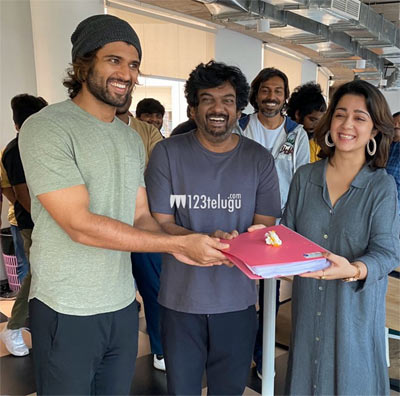 Finally, Puri Jagannadh and Vijay Deverakonda kick-started the regular shooting for Fighter this morning. The film is touted as an intense sports drama and Vijay will be seen as a boxer in it. The actor underwent rigorous training in Mixed Martial Arts in Thailand for a couple of weeks.

Fighter will be presented in Hindi by leading Bollywood filmmaker Karan Johar. While the makers are yet to announce the name of the film’s heroine, the buzz is that Bollywood starlet Ananya Pandey has been roped in to play Vijay’s love interest in the movie. Ramya Krishna will also be seen in a key role in the movie. Charmme is co-producing the film.