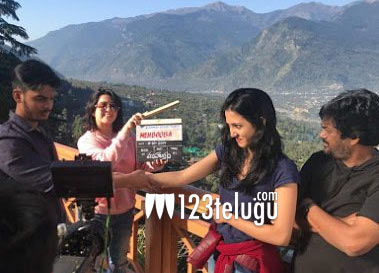 Puri Jagannadh has wrapped up a major schedule in Hyderabad for his 33rd project, Mehbooba, yesterday. Puri and his team have been shooting the film in town for the last one month. A majority of the film’s shooting has been completed with this schedule. The unit has taken a small break for Sankranthi holidays.

Mehbooba is an intense romantic drama set against the backdrop of the 1971 Indo-Pak war. Puri’s son Akash Puri and Kannada starlet Neha Shetty are the main leads in the movie. Sandeep Chowta is composing the music and Puri himself is producing the movie under Puri Jagannadh Touring Talkies banner.