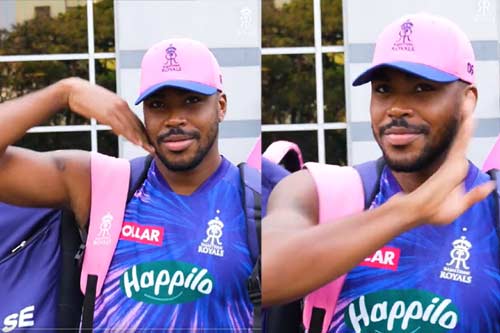 It is known that Pushpa’s Thaggede Le beard mannerism has caught on in the North Indian states. Incidentally, an IPL player enacted the Thaggede Le mannerism in yesterday’s IPL match between Rajasthan Royals and Kolkata Knight Riders.

After taking the last but one wicket in the match yesterday, Rajasthan player Obed McCoy did the Thaggede Le gesture.

This video clipping is now going viral on social media and Allu Arjun’s fans are very much excited about the same.

As for Pushpa 2, Allu Arjun will commence shooting for the second part in the next couple of months.