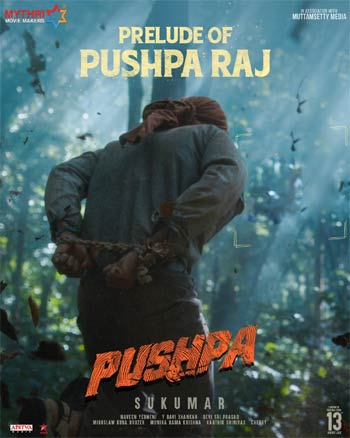 Allu Arjun is a Pan-India star now and his fan following has grown by leaps and bounds. He is coming up with his new film Pushpa that is being directed by Sukumar.

The teaser will be out today evening and Bunny has already wrapped up the dubbing part. All those who have seen the teaser saying that the audience will see a new Allu Arjun in the film.

What’s more special is his dialogue delivery which will be in the Chittoor slang. A solid punch dialogue along with Bunny’s rugged Avatar is going to be showcased by Sukumar today.

So, the wait is getting hotter and the team will release the teaser at a special event in Hyderabad today. The film releases August 13th.