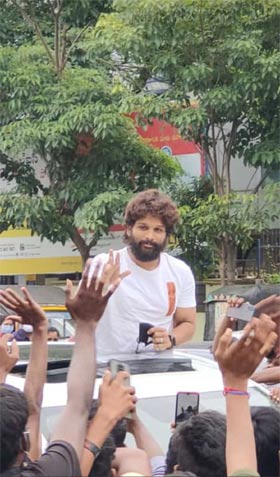 Allu Arjun’s Pushpa is nearing the fag end of its shoot. The news now is that a key schedule is being shot in Kakinada for the past few days.

Now, the update is that the shoot is happening at the Kakinada port and a major fight scene is being canned as per the news. Fans have gathered in huge numbers to visit Allu Arjun.

Sukumar has directed this film which also has Fahadh Faasil as the main villain. The film has music by DSP and the second song will be out soon.