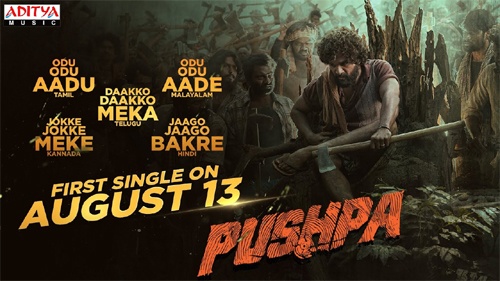 Today marks the birthday of Devi Sri Prasad and on this occasion, the makers of Pushpa announced that the first single of the film will be released.

The news is that the single will be out in five different languages on the 13th of August. Some big names like Vishal Dadlani in Hindi have sung this number which will be released in a grand manner.

The song is a mass number and is touted to be Bunny’s intro song in the film. Pushpa’s shoot is currently on in Hyderabad and very soon, the main villain, Fahadh Faasil will join the sets.